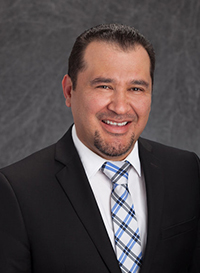 Charlie Castillo serves as the Chief Nursing Officer at Sierra Campus. He has been with The Hospitals of Providence team since 2000 and previously served as the Assistant Chief Nursing Officer at Memorial Campus and as Administrator at Providence Children’s Hospital. In 2007 and 2008, Charlie was part of the faculty at the University of Texas at El Paso and El Paso Community College School of Nursing departments.