Skip to main content and our Accessibility Statement may be found in the footer of our website.

A Cornerstone of the El Paso Community

Our roots in the region run deep. With a rich history that dates back 100+ years, The Hospitals of Providence have cared for four generations of El Pasoans — and counting. But we’re more than just a network of hospitals and healthcare facilities. We’re a cornerstone of the community. We live here. We support local causes. And we're committed to moving health forward for the people of El Paso — today, tomorrow and well into the future. 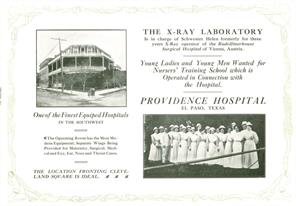 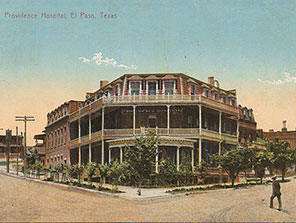 This location served until the World War II years, but by then it had become old and outmoded, and unsuited for the new advances in medical equipment and procedures. By the early-1940s, round-the-clock guards had to be hired to patrol the hospital, watching for smoke and fire. 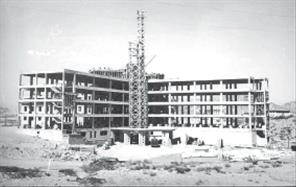 In 1945, a corporate charter was granted to raise $1.8 million for a new 185-bed hospital. One of the first donors was Conrad Hilton, founder of the Hilton Hotel chain, who made a $25,000 donation at the request of Sam Young, founder of the El Paso National Bank. Young served as the project’s chairman and remained the hospital’s chairman of the board for years. Many civic-minded El Pasoans were also instrumental in the hospital’s development, including Robert Hoover, Karl Wyler, John Grambling, Bob Price and Dorrance Roderick. 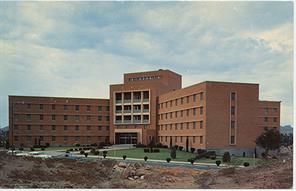 Providence Memorial Hospital, which is now known as The Hospitals of Providence – Memorial Campus, opened in 1952. For its time, the building design was considered revolutionary, featuring such innovations as a nurse call button in each room, central air conditioning and a built-in oxygen supply. Today, the Memorial Campus continues to provide El Paso with a broad spectrum of modern healthcare programs and services in general medicine, surgery, pediatrics and obstetrics.

The Hospitals of Providence — Sierra Campus, originally known as Sierra Medical Center, was built in 1976 to meet the growing healthcare needs of city of El Paso. Today the hospital is a destination for rehabilitation, heart care, orthopedics, neurology, among others.

When the city needed high-quality healthcare for the children of El Paso, we answered the call. Providence Children’s Hospital opened in 1994, offering advanced pediatrics care, including heart care, oncology, orthopedics, neurology and much more.

The Sierra Providence Health Network became The Hospitals of Providence, marking a milestone in the system’s rich history. The name harkens to the network’s heritage and proud commitment to the entire El Paso community. The new brand unites all of our hospitals, clinics and outpatient centers under one identity and around a common mission — to be a destination for superior healthcare and wellness for the entire region. 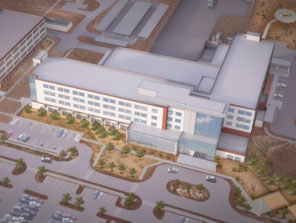 The 2016 opening of the Transmountain Campus, on El Paso’s far west side, creates the newest full-service hospital in the Hospitals of Providence network.  The state-of-the-art, 140-bed campus will serve as a teaching hospital in partnership with the Texas Tech University Health Sciences Center at El Paso.